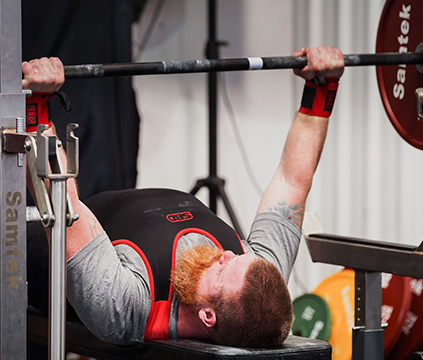 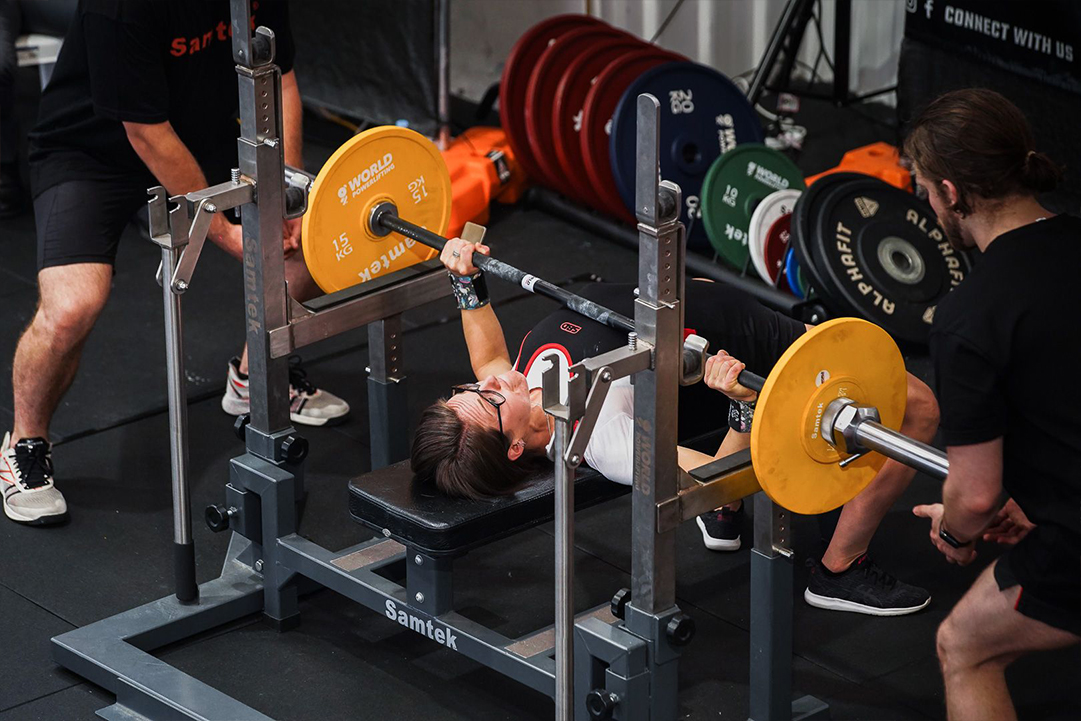 In our first part if the Bench Press Bible series we looked at the biomechanics of the skeletal system, rib cage and breath cycle and how that influences are ability to press well.

In this section we are going to be peeling back the next layer and diving deeper into why many ideas around effective bench pressing are miscommunicated (e.g. elbows in, scaps retracted and locked) and how we can develop our understanding around this to begin pushing better numbers 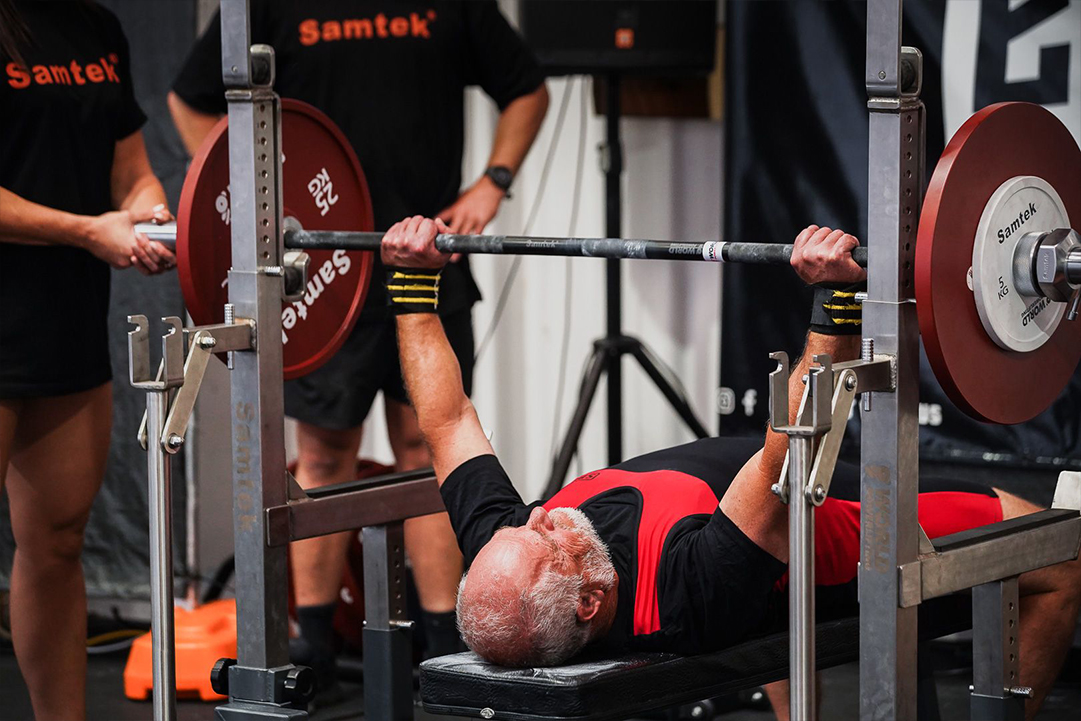 The idea that the scapula actually needs to undergo movement during the bench press can be challenging for a variety of reasons - not only have we been taught to lock & pinch the scapula in place during the press, but it’s also difficult to conceive of the scapula even being able to move at all while you’re positioned high on your traps and driving your upper back down hard into the bench

There is a large difference between relative and absolute movement of the scapula. In the bench press we want as few moving parts as possible, as the more movement we have the more opportunities for leakage or wastage of force production. But we also need a high degree of shoulder rotation. When we think back to our previous week’s discussion we actually know that the scapula contributes 33% or roughly ⅓ of all shoulder rotation, so even just taking that at face value paints us a picture that we should potentially AVOID eliminating ALL movement

We know we don’t want a ton of movement, but we know that we also won’t benefit from zero movement, so we instead look to relative movement. The art and science of benching is understanding how to move as much as you NEED to rather than as much as you can in order to produce maximal force against the bar off the chest

As the bar descends eccentrically we are creating a moment of shoulder internal rotation and downward rotation of the scapula, or a very very small shrugging motion as the shoulders also abduct aka spread apart. As we press, it’s the opposite - we move concentrically to adduct the shoulder (the shoulders draw together with the pecs) as we upwardly rotate the scapula & externally rotate at the shoulder to bring the bar to lock out.

If the scapula is fixed in retraction and downward rotation, we lack the ability to flex and externally rotate the shoulder, lock out the elbows, and it places a tremendous amount of stress on the pecs - pec major will remain in the stretched position and be unable to contribute much concentric force, and the pec minor will provide excessive concentric force to elevate the rib cage to compensate for the lack of upward rotation of the scapula. While this will provide a small degree of elevation of the sternum, it will also create further internal rotation of the shoulder and limit the ability to lock out or press forcefully

So what fixes it? Do we want the scapula moving into upward rotation and slight protraction or downward rotation with fixed retraction during the press? The answer is both, and neither

While we want to bias an initial starting position of more RELATIVE retraction, our aim in the bench press is to select both a grip width and starting position that utilises a position closer to scaption aka movement in the neutral scapular plane which gives us utility of BOTH upward/external & downward/internal rotations

The easiest way to determine neutral scapular position is to conceptualise it as the position in which the scapula sits flush to the posterior rib cage with equal length-tension between the serratus anterior and rhomboid. What does that look like? More or less, slight humeral depression and the arm in 90 degrees of shoulder flexion and around 45 degrees of shoulder abduction, so the arm on the horizon and diagonally away from the chest

This also speaks to the importance of not giving ALL clients & lifters the same grip width because different rib cage and clavicle morphologies, rib cage depth etc will all influence the relative positions of the scapula around that rib cage. This also means if relative scapula movement is one of our biggest focuses in developing an effective bench, then all grip widths are relative not to the competition grip but to that particular lifter’s ability to achieve their neutral scapular plane and how that presents itself

The important idea here is that we need to be able to move into positions - if we start in a particular position, we can no longer move into it. There is only so much anatomical room to move, so if you use it too early you won’t be able to use it later. If we start in retraction, thoracic compression and downward scapular rotation as the bar descends eccentrically it’s only going to be forcing us into end-range movement which is poorly equipped to support maximal force. By starting in a more neutral position (closer to relative neutral scapular position but with a slight bias toward retraction) we give ourselves the ability to then move into it as the bar descends. Similarly, if we are too far into retraction we rob ourselves of the ability to effectively move into protraction, upward & external rotation for an effective lockout because the muscles responsible for these movements are long and inhibited

It is crucially important to have a fixed & expanded rib-cage with a lot of counter-force from the traps and lower body, but to have a scapula that is able to utilise small degrees of relative movement between both protraction and retraction to effectively stabilise the shoulder and produce maximal stabilising force from the lats with maximal pressing force from the pecs and triceps 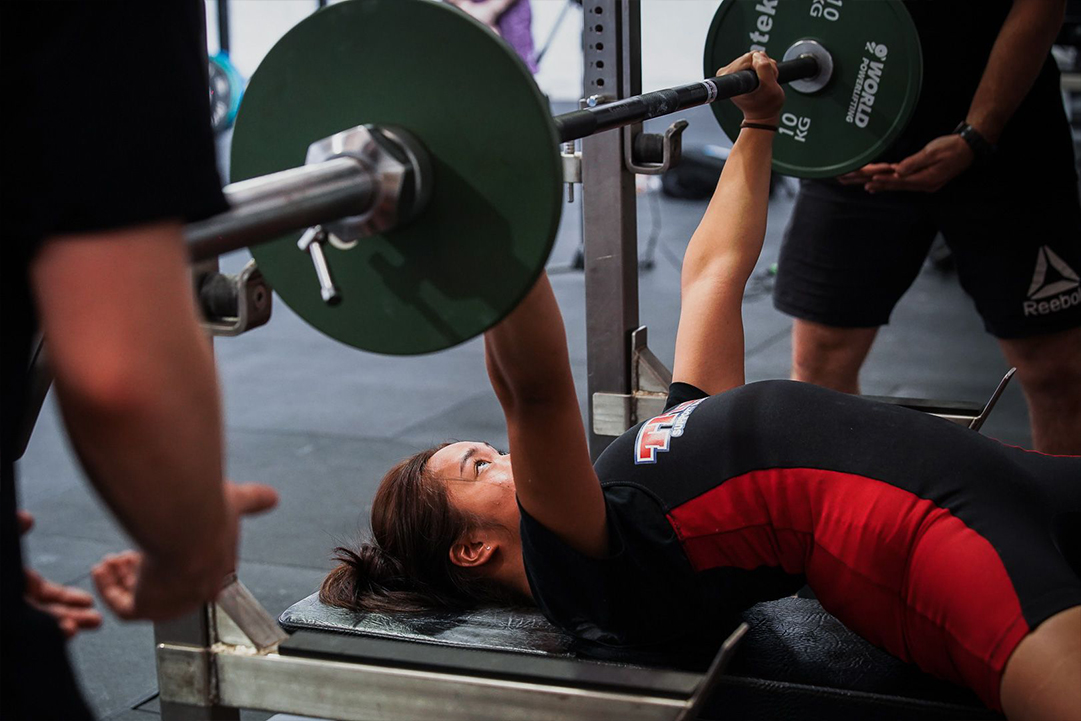 Movement Strategies - How Do We Create & Address This?

While we have discussed the importance of variability at the ISA and breathing powerfully into the diaphragm, this is especially important in the context of pressing - to elevate and expand, we must develop our capacity to depress and flex FIRST. To compress the thorax and retract the rib cage, we must expand and protract FIRST. We must provide more options for movement to express strength

If muscles are ultimately slaves to position, then we simply need to utilise exercises that demand a more expanded thorax, retracted ribs and greater degrees of shoulder flexion

In terms of mobility, beyond the breathing drills that have already been mentioned some common mobility interventions you can utilise are

My favourite movement variations for developing these skills are