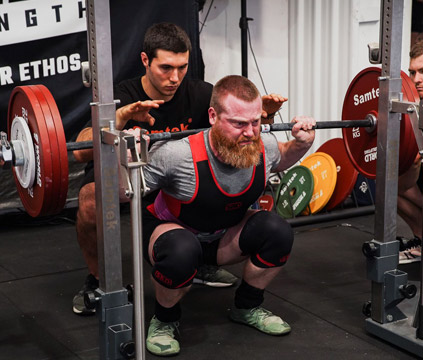 In Part 1 we discussed laying the foundations for building confidence in lifters by addressing their inherent needs for physical and emotional stability/safety.

In Part 2, I am going to elaborate on how we start to use this building confidence to give a lifter repeat exposures, develop their ability to make decisions based off of training evidence, and how this can begin to move them towards a balance between being coached & coachable, but also executing a high degree of self-actualization 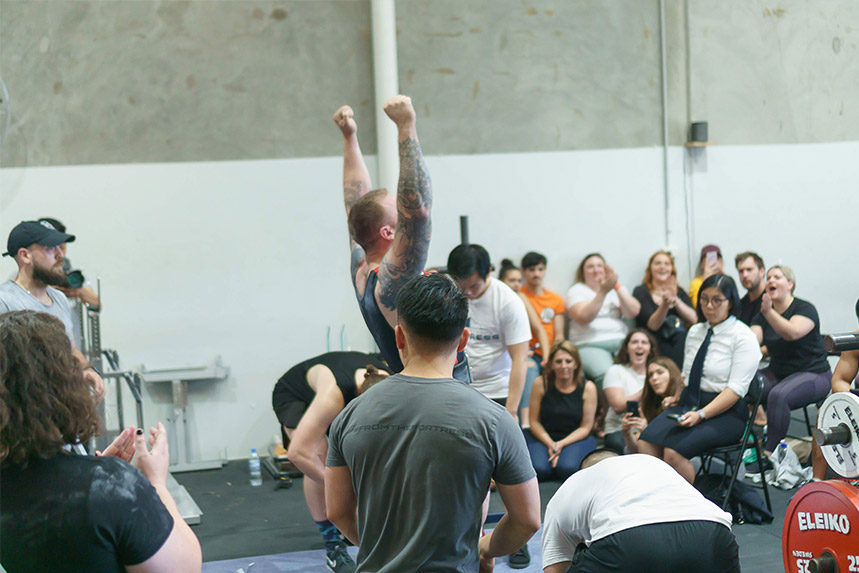 A part of developing a successful lifting mindset is normalising the idea of failure. I have discussed previously that we need to make attempts based on evidence, and that we should strive to minimise random PR attempts, or as I call it YOLO lifts. Yet at the same time, when we hold such a short leash on a lifter’s capacity to explore their top end and give them a lot of restriction around over-reaching their training (see previous posts on volume vs performance) then we also tend to build up the idea of failure as being something that must be avoided at all costs.

This is a normal aspect of a lifter’s mindset. Once we have built the base levels of safety that all people require, we want to move them into higher levels of performance, but in doing so we must take care to normalise the idea of failure. What does that look like in practice? It means we not only rely on evidence to determine reasonable jumps in training and lifting attempts, but that we spend a good portion of our time praising EFFORT

This is not praise for praise’s sake, but rather letting the lifter know that a part of progress means experimenting with new levels of performance that often come with increased difficulty. There will be times where this presents a significant challenge. At these times, it is not the number of kilos lifted that matters, but rather working to a certain level of intensity and effort over time that will make the biggest difference.

There are days that 100kg just feels like it will staple you to the floor. We do what we can in coaching to objectively anticipate these moments and work around them, but it is an imperfect system. What matters is that a level of effort and intention behind movement is provided, and that we give structure to clearly achieve that, placing emphasis on these ideas, and letting the lifter know that we have flexibility as to what gets loaded on the bar.

This isn’t precise, of course, and is more easily executed when outside of competition as a peaking cycle for lifters tends to be more prescriptive, but if you’re attempting to peak a new athlete for competition without at least two development cycles with them and a whole bunch of data, then you’ve got some decently tough questions you ought to be asking of yourself as a coach anyway. It’s for this reason (and more) that I personally refuse to take on a client ONLY for a peaking cycle, and instead have them go through multiple development cycles of training before we can establish what is actually going to be beneficial for their training & lifting mentality.

Once you have established a baseline of performance and you are starting to gather multiple data points with your lifter, now you can start to create multiple touch points throughout a block of training. The aim here isn’t to just make training hard, but rather to get a lifter slowly more and more familiar with increasingly difficult levels of training, or to basically make what was once a top effort now seem more and more like it’s an every day level of strength

There is nothing wrong with designing a block of training around providing a lifter more confidence at a particular range. In fact, I’d completely encourage this; do not underestimate the power of your lifters psychology to make them feel like an absolute champion or a total weakling. How you manage load and stress distribution creates as much a mental and emotional adaptation for your lifter as it does a physical one.

Too many exposures to top intensities and they feel crushed and can’t recover. Too few, and they don’t feel ready or peaked enough. You can make the exact same description of their MENTAL STATE as you can of their PHYSICAL STATE. This should highlight the importance of creating belief systems.

Use Evidence to Create Ownership

Though it probably feels like I am really flogging a dead horse at this point, this will serve as another critique of a top-down model of highly prescriptive coaching – it does not allow athletes to build confidence in their own decision making processes and move to a high level of self actualisation.

You are going to have to be willing to relinquish a certain level of authority and ‘power’ if you are going to see your athletes truly flourish. By building on the skills that I have described above, you need to be aware that the end goal is to become more of a guide working alongside of them and move away from being the lecturer in front of them.

Normalising failure and mistake making is really just a way of describing how we as coaches must empower our athletes to make decisions for themselves; it is our responsibility in the job that we have in working with them to minimise what often feels like catastrophic consequences of poorer decisions, and give them a wider context, whilst praising reasonable and sensible decisions that were based on evidence – EVEN ONES THAT DO NOT END WELL!

Yes, I am saying that so long as your athlete follows a rationale, and bases their decisions off of prior performances and shows an understanding of long term success that even if they make a decision that ends poorly it is worth a high degree of merit.

The more effective mode of coaching and the one that will provide your lifters with the most lasting results is the one that does not tell them what to think, but rather how to think, how to evaluate their performance objectively and how to go about making educated decisions about their lifting, which creates a process of training momentum and maximum confidence in the lifter’s attempts.

They will know that they can achieve the lift, because they themselves have selected it based upon a process of reasoning that is supported by evidence

This All Sounds Very Complicated…

For a pretty good reason. It is.

This will not be something that you are able to implement overnight. It takes working with people for a significant amount of years, and it takes experience as both a lifter and coach to be able to foster a high degree of independence in your lifters, but it is worth every moment of frustration that you may potentially experience with it.

If you want to create a rock-solid belief system in your lifters, your first step as their coach is to begin believing in them, and their capacity to achieve truly astounding things. Take that mentality into every person you coach, have the patience to systematically review your performance with them, and you’ll start to create some pretty high functioning people, who happen to be great lifters too.