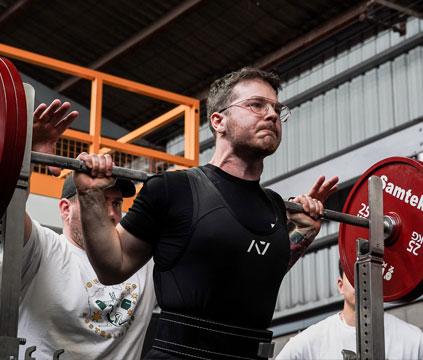 CHASING THE DRAGON:
WHY TONNAGE IS HOLDING YOU BACK PART 2

In the first part of this discussion, I described some of the reasons why I think there are physical limitations to having a narrow focus on tonnage as the main driver of progress in your lifting – we need to look more broadly and at a variety of factors if we are going to achieve real long-term success

At the end of that initial part, I talked briefly about why stress distribution is important, and how not all tonnage is equal – stress is the great equalizer there, and while tonnage is an important metric to track we always have to be mindful of how we are going to react to the actual physical stress of the set, especially when we know how important it is to stay injury free to see progress

An injury won’t only present a physical obstacle to you or your athlete, but a mental one as well, and we run the risk of severely damaging something that is extremely important to us: CONFIDENCE 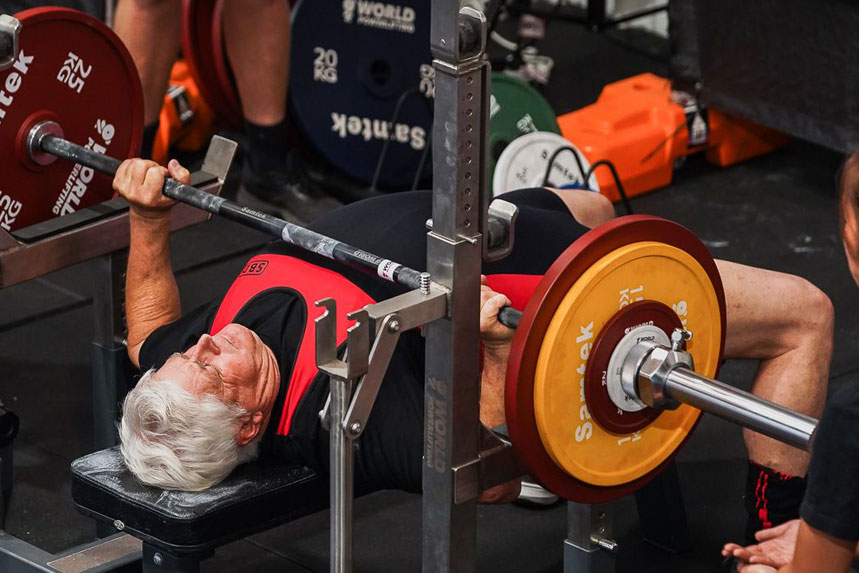 We have two effects that tonnage isn’t able to factor in on its own:

02. THE PSYCHOLOGICAL EFFECT OF A HEAVY LIFT & HARD SET

We need to look past physical stress and spread sheets and understand that there is a psychological toll to numerous heavy sets and top efforts week to week. I think as a coach this really only requires an absolute baseline level of empathy to understand that we cannot always expect ourselves to hit an incredibly demanding lift purely because the numbers say that we ought to be able to do that

Again, when we focus purely on numbers we are foregoing a huge variety of things that also contribute to the psychological stress that lifters carry – social lives, work stress, home life, love life, sleep & nutrition just to name a few.

As a coach, everyone has programmed a number that made sense on paper but failed to translate to real life. As a lifter or someone that has lifted in a gym, we have all that one lift we thought was going to fly but didn’t even budge an inch when we went to move it. What contributed directly to that? I have no idea; this is a purely hypothetical situation, but what I am saying is that there are definitely contexts in lifting where the numbers in and of themselves just simply do not make sense.

This is not to demonise missing lifts – they happen, and they will be important touch-points for you to determine what went wrong, what could have been improved, and lead to optimising how you approach your training. But we shouldn’t normalise them to the point where they become common. When we lift, we don’t lift to miss. That’s ridiculous. The notion that if you don’t miss then you aren’t trying hard enough is only true to a certain extent (and trust me, that’s a pretty pervasive idea floating around out there in strength training).

If you miss occasionally then you are likely training at a high intensity, are willing to take a certain amount of calculated risk in your training, and you’re trying to improve, all of which are fairly commendable characteristics for training. However if you are missing regularly or weekly, then something isn’t optimal. In fact, I’d call it pretty sub-optimal and just plain bad. This is a good indication that some assumptions about the capacity for moving tonnage that you had aren’t exactly lining up with reality, or that you’re over-reaching your training and exposing yourself to a greater degree of injury, or both. It’s unlikely that you’ll miss a lift during training because of a technicality. When you lift in the gym you don’t have two side judges and a head referee waiting there to tell you if it’s good or not. You’re in a controlled environment, your favourite song is playing, and you’re ready to go for it, so if you miss it’s going to be because of technical breakdown.

The more exposures we have to technical breakdown, the more we begin to embolden a pattern of technical breakdown. If you miss depth, and continue to miss depth, then you’re only teaching yourself to become better at missing depth. We don’t want to ingrain a pattern of missing lifts, because this will ultimately become psychologically detrimental to the lifter by either a) normalising attempts that have too great a margin of risk, or b) limiting that lifter’s ability to create momentum in training and ultimately seeing them lose motivation because they have no confidence in making it successfully

Last Week Was Brutal, and Now This Week is Even Heavier?!

Your tonnage doesn’t care about your feelings. A good lifter is able to separate their emotional selves from their physical selves in order to understand what their capacity is for a top effort set or attempt. However, sometimes there are lifts that are so ridiculously heavy that they don’t make sense. If our goal is tonnage, and last week’s effort was a 9.5 RPE and this week that same lifter has to increase their tonnage again, what is their chance of successfully lifting that weight

Honestly, it could be 50/50 depending on who that person is, and some people thrive when everything is ridiculously hard. There are just some people who are real grinders and relish in heavy sets. But the most detrimental component here is the diminished self-belief and lowered self actualisation; once the lifter has to ask what their chance realistically is of actually being able to lift that weight, their ability to execute on it is almost shot. A lifter, from either a coach’s perspective or even your own, has to believe that they can lift what is on the bar. They need to know it every time they step up to it, and they need to know that they can own that lift every time they are there. Doubt is a killer of training momentum, mark my words, and tonnage shows a remarkably low capacity to accommodate for self doubt, stress, and psychological low water marks 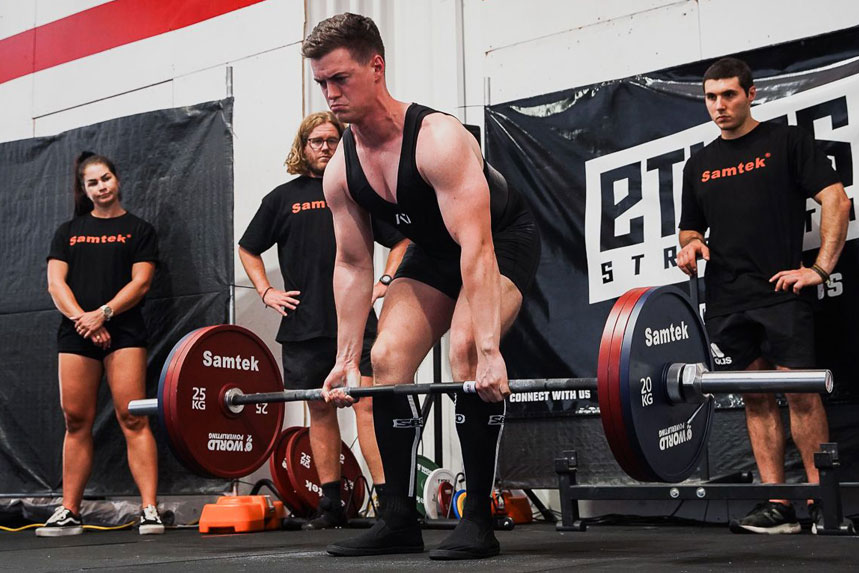 What Can I Do To Address This?

Hire & work with an experienced coach

YES I AM SERIOUS ABOUT THIS – An experienced coach is someone that is able to work with you on how to develop an effective training split, provide you technical feedback on how to improve your lifts, and give you an objective opinion on your performance so that you can better manage how you can improve in the long term. Most of what I do as a coach is being able to read how people are responding to training so that I can be 3-5 steps ahead of where they currently are, and make the right calls to minimise negative risk and increase performance. We watch what you do so that we can make the right calls for you

Start incorporating RPE rather than always working towards a particular number

It’s important to have a goal in mind, and know precisely how to structure your training to achieve that (see above) but it can often be more beneficial to work towards a target training intensity rather than a number because this allows for greater outcomes in recovery and training momentum

Rather than going for the 20kg PR which is full of doubt and expectation you can shift your focus to achieving a more modest but guaranteed 2.5-5kg PR, and spread this periodically throughout the year. A big PR feels great. You know what else feels great? Building momentum and seeing progress. That’s what puts the asses in the seats 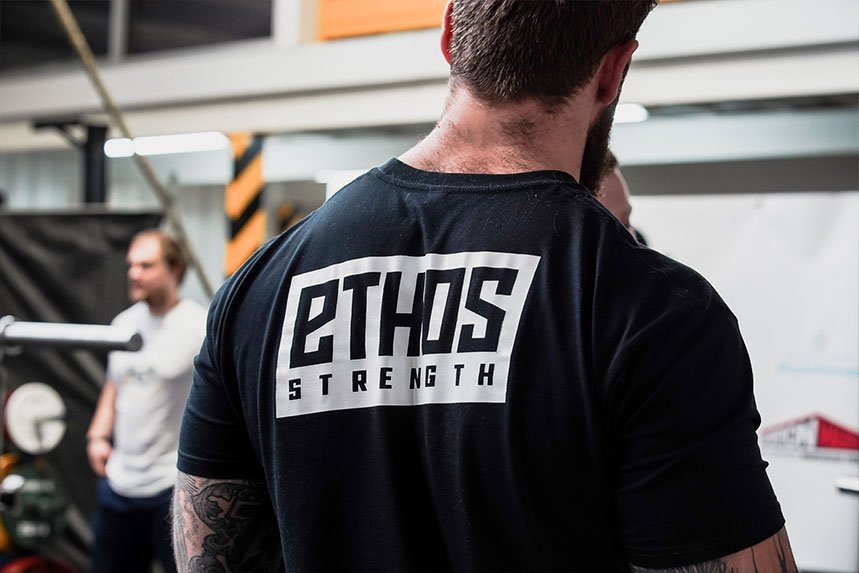 We Work With People, Not Numbers

I hope this has shed some light on why I think we ought to challenge some of our pre-existing ideas on strength training and how to see progress, and that it will help guide you in some way to either improve your own training, or your coaching of others. I appreciate you taking the time to read through